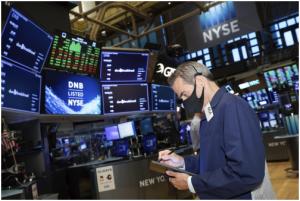 Thanks to recent strong growth in cross-border direct equity investments by Korean investors, the amount of foreign currency securities deposited with the Korea Securities Depository (KSD) exceeded $ 100 billion for the first time in history.

According to the KSD, the amount of foreign currency securities in its custody stood at US $ 102.1 billion as of November 26.

Along with the increase in the amount of foreign currency securities deposited, the settlement of foreign securities by Korean investors has also increased. In 2021, foreign equity settlements reached $ 441.2 billion, up 36.4% from $ 323.4 billion in 2020. The average annual growth rate over the past three years has reaches almost 60%.

In terms of settlement amount, US stocks made up 76.7% of the total, followed by European stocks with 17.4% and Hong Kong stocks with 3.4%.

Korean investors preferred US tech stocks, including Tesla, in 2021. As of November 26, Tesla shares worth $ 14.82 billion have been deposited with the Korea Securities Depository.

What is notable is that companies listed on the stock markets of Japan, China and Hong Kong have disappeared from the list of preferred foreign stocks by Korean investors. The top five stocks filed with the KSD in 2018 included Amazon, Japan-based Goldwin (US $ 450 million), Chinese company Heng Rui Pharmaceutical (US $ 310 million) and Tencent (US $ 250 million).