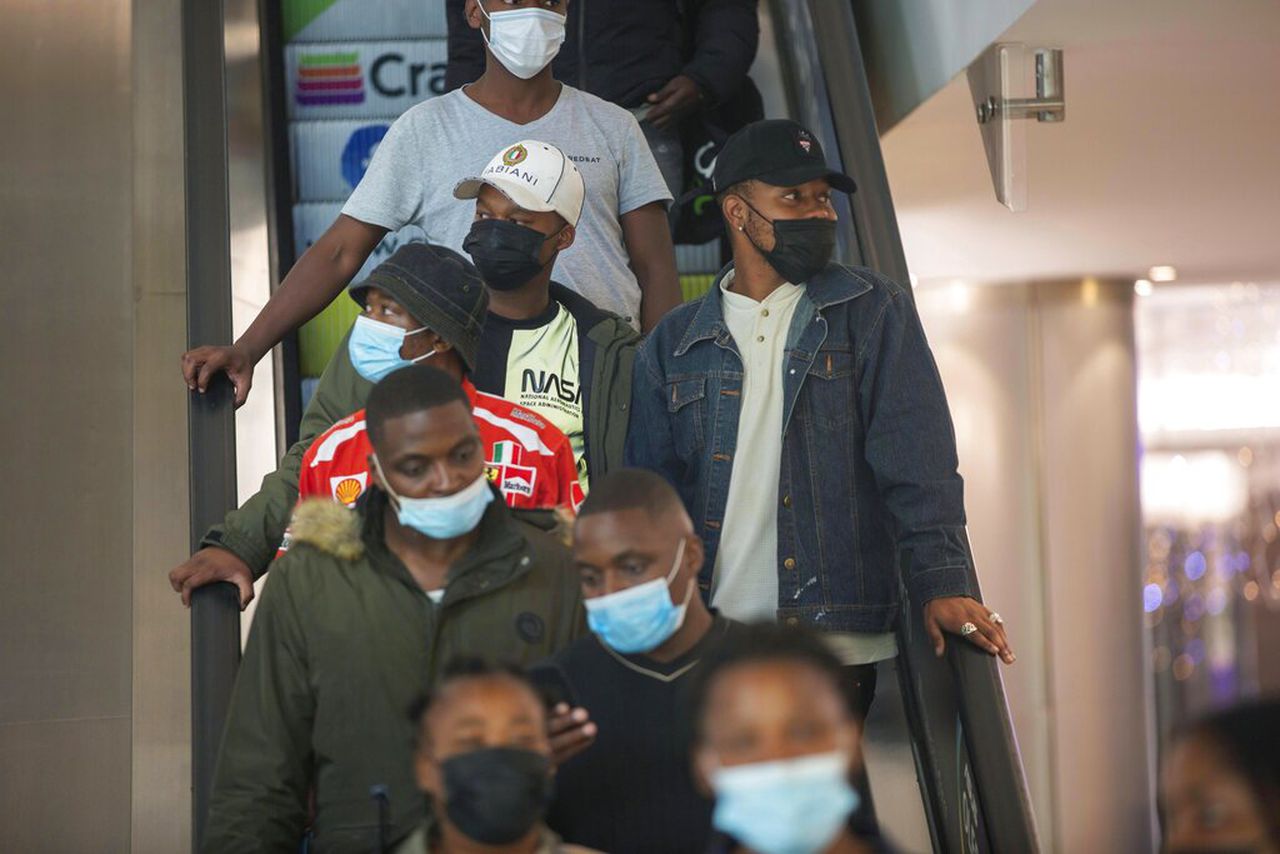 BRUSSELS – The discovery of a new variant of the coronavirus sent shivers through much of the world on Friday as nations rushed to stop air travel, markets fell sharply and scientists held emergency meetings to assess the exact risks, which were largely unknown.

Medical experts, including the World Health Organization, have warned against overreacting before the southern African variant is better understood. But a nervous world feared the worst nearly two years after the emergence of COVID-19 and the outbreak of a pandemic that has killed more than 5 million people worldwide.

There was no immediate indication whether the variant was more transmissible or caused more severe disease. As with other variants, some infected people show no symptoms, South African experts have said.

Even though some of the genetic changes seem worrying, it was not clear whether the new variant would pose a significant threat to public health. Some earlier variants, like the beta variant, were initially of concern to scientists but did not spread very far.

The 27-country European Union imposed a temporary ban on air travel from southern Africa and stocks fell in Asia, Europe and the United States. The Dow Jones Industrial Average lost more than 1,000 points. The S&P 500 Index was down 2.3%, posting its worst day since February. The price of oil plunged nearly 12%.

“The last thing we need is to introduce a new variant which will cause even more problems,” German Health Minister Jens Spahn said. EU member countries have recently seen a massive spike in cases.

European Commission President Ursula von der Leyen said flights should “be suspended until we have a clear understanding of the danger posed by this new variant, and travelers returning from this region must adhere to rules. strict quarantine “.

She insisted on extreme caution, warning that “mutations could lead to the emergence and spread of even more worrying variants of the virus that could spread around the world within months.”

Belgium became the first country in the European Union to announce a case of the variant.

“It’s a suspicious variant,” Health Minister Frank Vandenbroucke said. “We don’t know if this is a very dangerous variant.”

It has not yet been detected in the United States, said Dr.Anthony Fauci, the United States government’s top expert on infectious diseases. Overseas, the variant “appears to be spreading at a reasonably fast rate,” he told CNN. And while it may be more transmissible and vaccine resistant than other variants, “we don’t know for sure yet.”

Showing how complicated the spread of a variant can be, the Belgian case involved a traveler who returned from Egypt to Belgium on November 11 but only became ill with mild symptoms on Monday, according to Professor Marc Van Ranst , who works for the scientific group overseeing the Belgian government’s COVID-19 response.

Israel, one of the most vaccinated countries in the world, announced on Friday that it had also detected its first case of the new variant in a traveler returning from Malawi. The traveler and two other suspected cases were placed in isolation. Israel said all three were vaccinated, but authorities were seeking to know the exact vaccination status of travelers.

After an overnight 10-hour journey, passengers on KLM flight 598 from Capetown, South Africa to Amsterdam were held up on the edge of the runway on Friday morning at Schiphol Airport for four hours while waiting for special tests. Passengers on a flight from Johannesburg were also isolated and tested.

“It’s ridiculous. If we hadn’t caught the dreaded spunk before, we are catching it now,” said passenger Francesca de ‘Medici, a Rome-based art consultant who was on the flight.

Some experts have said that the emergence of the variant illustrates how hoarding of vaccine-rich countries threatens to prolong the pandemic.

Less than 6% of people in Africa have been fully immune to COVID-19, and millions of health workers and vulnerable populations have yet to receive a single dose. These conditions can accelerate the spread of the virus, providing more possibilities for it to evolve into a dangerous variant.

“This is one of the consequences of inequity in vaccine deployment and the reason why the hoarding of surplus vaccines by the richer countries is inevitably going to come back to all of us at some point,” Michael said. Head, Senior Global Health Researcher at the UK University of Southampton. . He urged the leaders of the Group of 20 “to go beyond vague promises and keep their commitments to share the doses”.

The new variant added to investor anxiety that months of progress containing COVID-19 could be reversed.

As a sign of concern on Wall Street, the so-called market fear gauge known as the VIX jumped 48% to 26.91. This is the highest reading on the volatility index since January, before the vaccines were widely distributed.

“We’ve seen in the past the minute there’s all kind of mention of all kind of variation and everyone’s closing the borders and restricting travel,” Ryan said. “It’s really important that we stay open and focused. “

The African Centers for Disease Control and Prevention has accepted and strongly advised against any travel bans in countries that have reported the new variant. He said past experience shows that such travel bans have “not yielded significant results.”

At noon on Friday, the UK banned flights from South Africa and five other southern African countries and announced that anyone who recently arrived from those countries would be asked to be tested for the coronavirus.

Germany has said its flight ban could be enacted as early as Friday evening. Spahn said flights returning from South Africa will only be able to carry German citizens home and travelers will need to be quarantined for 14 days whether or not they are vaccinated.

Germany has seen a record number of daily cases in recent days and surpassed 100,000 deaths from COVID-19 on Thursday.

Italy’s health ministry has announced measures barring entry to anyone who has stayed in seven southern African countries – South Africa, Lesotho, Botswana, Zimbabwe, Mozambique, Namibia and Eswatini – in the past 14 days. The Netherlands and the Czech Republic have planned similar measures.

The Japanese government has announced that Japanese nationals from Eswatini, Zimbabwe, Namibia, Botswana, South Africa and Lesotho will have to quarantine themselves in dedicated government accommodation for 10 days and take tests COVID-19 on the third, sixth and tenth days. Japan has not yet opened up to foreign nationals.

The South African government has said the UK’s decision to temporarily bar South Africans from entering “appears to have been rushed”, citing the fact that the WHO has yet to recommend next steps.

Fauci said US public health officials were talking to South African colleagues on Friday. “We want to find out from scientist to scientist what exactly is going on. “

The WHO technical working group was due to meet on Friday to assess the new variant – currently identified as B.1.1.529 – and may decide to give it a name from the Greek alphabet. It says coronavirus infections have jumped 11% over the past week in Europe, the only region in the world where COVID-19 continues to rise.

WHO’s director for Europe, Dr Hans Kluge, has warned that without urgent action, the continent could see 700,000 more deaths by spring.